Diamond Davi Soprano, originating from southern California then spending over 12 years in Hawaii has made him a very versatile tattoo artist with specialties in polynesian tribal, custom script lettering, traditional, black and grey and much more. He's been in the industry over 20 years making him a veteran artist.  He loves what he does for a living and wouldn't change it for anything. His love of tattooing shows in his work. Davi has been with us since day 1, come by anytime and let him create something amazing for you too. 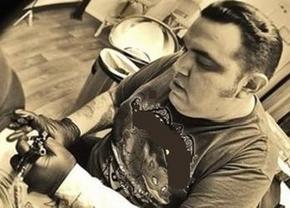 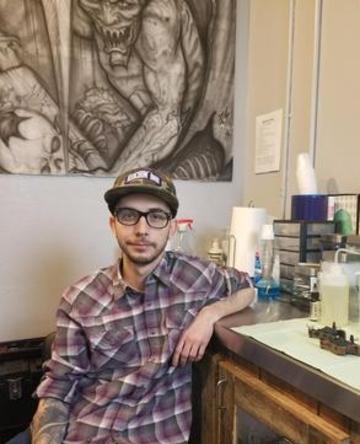 Leo "Catman" Villasenor has been tattooing across the nation for 11 years. Specializing in traditional, he's won numerous awards and draws influence from the 50s rock and roll culture that spawned his nickname.

Always looking to expand his portfolio and skill as an artist, Leo is a talent to watch out for in the future. Contact Leo for your next tattoo. 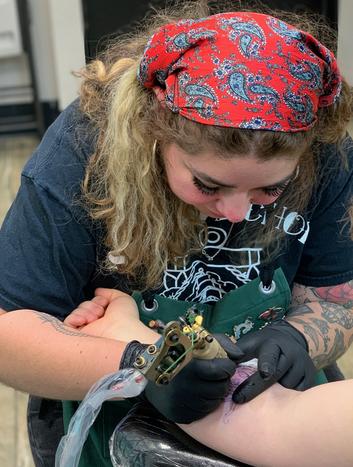 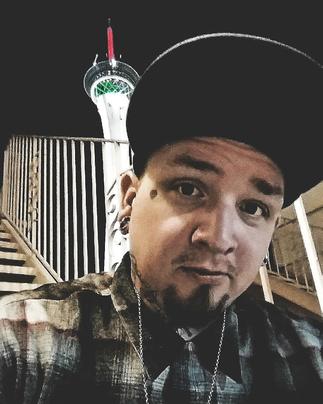 Evelin has been tattooing for 2 years. She enjoys doing both neo-traditional and black & grey, from simple and dainty to bold and detailed. Aside from tattooing she enjoys exploring new foods and drinks with good company.

Artist, Robert Bernardo (Robbie) is a native of Las Vegas, NV and has an extensive art background.  Robbie attended Ai Art Institute for a short while.  That lead him to further opportunities working for prominent art stores in the Las Vegas Valley.  His work with the Las Vegas Arts District provided him the opportunity to produce murals.  Animations, comics, video games, life and culture are all things which he brings to his work including his love of bright colors. In addition to his art skills, his work for the City of Las Vegas and Clark County led to him fusing art and tattooing which began 2013.  He is actively working as an independent artist working in media’s like paintings, drawing, acrylic and other mixed media Not to mention Tattooing.